Born to Rock and Roll

Flick It Up (Remix)

From the Heaven of My Heart

Forging the Land of Thousand Lakes 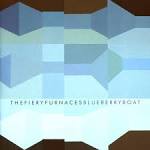 Suffer for Our Sins

Scream at the Sky

My Passion Your Pain

My Passion Your Pain

The Hangman and the Papist

Discuss these enforced Lyrics with the community: