Think It's A Game

Off the Richter Scale

I Do This On The Regular 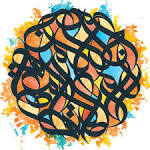 All the Beauty in This Whole Life

Discuss these deen Lyrics with the community: