The Element of Surprise

The Element of Surprise [Clean]

Bob and the Apple

Out of Business [Limited Edition]

Concerto of the Desperado

Back in Judy's Jungle

Concerto of a Desperado

The Best of the Roots

Sleepin' on My Couch 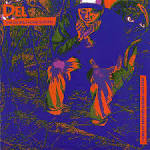 Discuss these squadron Lyrics with the community: