Where We At (Skit) 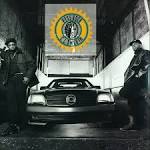 There Can Be No Dispute That Monsters Live Among U

Week 7: You're Not an Art Teacher Anymore

Affirmations to Make One Manifest

Mercedes Beato Aka Queen of Diamonds

Discuss these predominantly Lyrics with the community: