There's Nobody Home on the Range Anymore

Direction of the Wind

No Cure for Cancer

The Night Before Larry Was Stretched 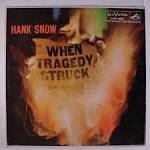 Journey Through the Life

Now That's What I Call Quite Good!

Discuss these poor box Lyrics with the community:

Which Beatles song was banned from the BBC for its lyrics?