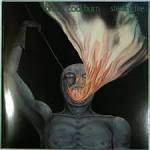 Wish It Was A Dream

Money On the Road

Discuss these kitchen police Lyrics with the community: