Now the Truth Can Be Told

The Cry of Life

Fake News Of The Day

We Are All Animals

A Change at Christmas (Say It Isn't So) 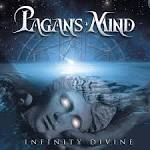 Once You've Been in Love

Higher Than the Sun

Discuss these glimpsed Lyrics with the community: