Opulence of the Absolute

Armageddon Through Your Speakers

Box of the Wicked

End of All Things to Come [Germany Bonus CD]

My Pen and Pad 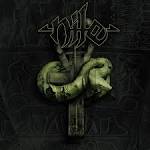 In Their Darkened Shrines

Discuss these form division Lyrics with the community:

Which European synth-pop band released “Take On Me”?