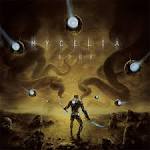 Dressing Down // Addressing You

Into It. Over It.

L.I.F.E.: Living in Fear of Extinction

We Will Take You With Us

Discuss these developments Lyrics with the community: