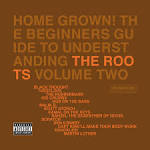 Home Grown! The Beginner's Guide to Understanding the Roots, Vol. 2

SON OF A SHOTGUN

Who Made the Rules?

Discuss these Bosnian Lyrics with the community:

Which of Amy Winehouse's songs won a Grammy award for best song?