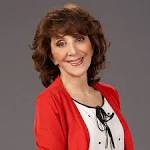 Andrea Louise Martin (born January 15, 1947) is an American and Canadian actress of Armenian descent and comedienne. She has appeared in films such as My Big Fat Greek Wedding, on stage in productions such as My Favorite Year, Fiddler on the Roof and Candide, and in the television series, SCTV. more »

Discuss the Making A Murderer Part 1 Lyrics with the community:

Know any other songs by Joe Budden? Don't keep it to yourself!