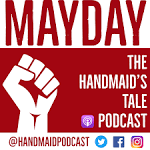 ¡Mayday! is an American hip hop group from Miami, Florida. The group consists of rappers (Bernz) Bernardo Garcia and Ben Miller (a.k.a. Wrekonize) along with producer, and percussionist Andrews Mujica (a.k.a. NonMS); keyboard player and guitarist Aaron Eckhart (a.k.a. Plex Luthor), drummer Terrel (a.k.a. L T Hopkins), and bassist Gianni Perocapi (a.k.a. Gianni Ca$h) were part of the group until 2015. The band is currently signed to Tech N9ne's Strange Music label. more »

Discuss the Blur Lyrics with the community:

Know any other songs by ¡Mayday!? Don't keep it to yourself!

Take Me to Your Leader