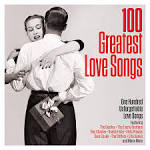 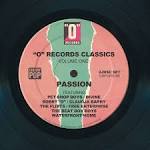 Share your thoughts on the Ron Holden Band with the community:

Know any other songs by Ron Holden? Don't keep it to yourself!