Prince Rogers Nelson (born June 7, 1958 in Minneapolis, Minnesota, United States), known by his mononym Prince, is an US- American singer-songwriter, multi-instrumentalist and actor. He has produced ten platinum albums and thirty Top 40 singles during his career. He has written several hundred songs and produces and records his own music for his own music label. Prince has a wide vocal range and is known for his flamboyant stage presence and costumes. His releases have sold over 100 million copies worldwide. He has won seven Grammy Awards, a Golden Globe, and an Academy Award. He was inducted into the Rock and Roll Hall of Fame in 2004, the first year he was eligible. Rolling Stone has ranked Prince No. 27 on its list of the 100 Greatest Artists of All Time. Prince's music has been influenced by rock, R&B, soul, funk, hip hop, blues, new wave, electronica, disco, psychedelia, folk, jazz, and pop. Prince pioneered the "Minneapolis sound", a hybrid mixture of funk, rock, pop, R&B and new wave that has influenced many other musicians. 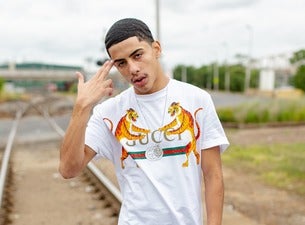 Share your thoughts on the Prince Band with the community:

Know any other songs by Prince? Don't keep it to yourself!