The Will to Kill

Windmills of the Soul: Instrumentals

The Will to Kill [DVD; Live]

Drugs in My Pocket [Bonus Track] 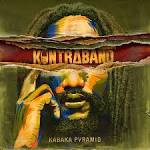 Discuss these unidentified Lyrics with the community: