COOLER THAN A BITCH 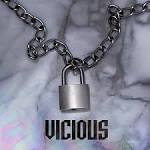 Discuss these traphouse Lyrics with the community: