Back on My Feet Again 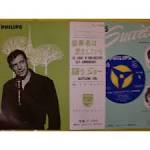 I Blow Minds for a Living

You Can't Take It With You

Good Planets Are Hard to Find

Time to Be Alive

Summarizing the Ultimate Development of the Myriad Generations

Discuss these textiles Lyrics with the community: