Based on a True Story

Y'All Ain't Ready Yet

Tired of Being Stepped On 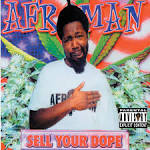 Revenge of the Dreamers III

The Boy Next Door

Peace to My Nine

Discuss these squab Lyrics with the community: