The Art of Transformation

Stations of the Crass

Servants in Heaven, Kings in Hell

You Can't Be Neutral on a Moving Train

God of the Serengeti 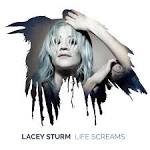 No Use for a Name

From the Cradle to the Grave

From the Cradle to the Grave

No Future No Hope

Discuss these slavery Lyrics with the community: