The World Is Yours 2

The Things We Did Last Summer

When I Get Home

Dancing with No Music Playing 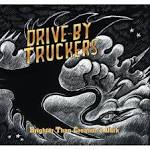 Until Death Call My Name [Reloaded]

2cv (Live at the Barrowlands) [Live]

Somewhere in the Sun... Best of the Dream Academy

American Music Library: The Hits of 1962

Discuss these rented Lyrics with the community: