After We Shot the Grizzly

Rape of the Holy Mother 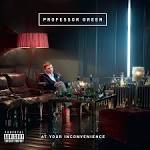 The Pagan Swords of Legend

Keeping Out of Harm's Way

The Light of Things Hoped For

Toy: A Primrose Path to the Second Circle

Discuss these remained Lyrics with the community: