Slaves On the Run

From Hell with Love

Kiss from a Rose 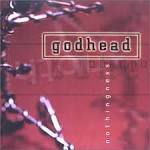 The End of the War to End All Wars

That for You Too

Discuss these remained Lyrics with the community: