Body of the Life Force [Clean]

Leave Ya' with This

This Passing into the Power of Demons 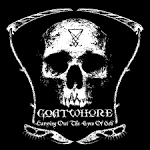 Carving Out the Eyes of God

L.A.S. Own Billy the Kidd

The Height of Callousness

The Next Chapter: Strictly Underground

The Height of Callousness [Bonus Tracks]

Discuss these prolific Lyrics with the community: