...And We Thought That Nation-States Were a Bad Idea

Keep It on the Real 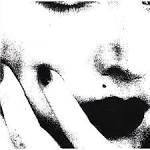