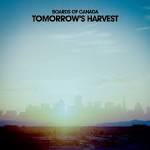 I'll Think of a Reason Later

20 Odd Years: The Story of Vic Godard & the Subway Sect

My Pen and Pad

The Natives Are Restless

My Contribution to This Scam

We Ready - I Declare War

Discuss these particularly Lyrics with the community: