Rainbow in the Dark 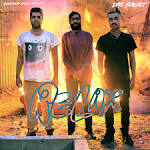 The Art of Transformation

I Want to Be Buried in Your Backyard

All Hail the King

Discuss these outlandish Lyrics with the community: