Real As You Think

Down at Good Time Charlie's 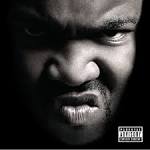 Welcome To The Zoo [Explicit]

Eggs On the Third Floor

A Tribute to Jay-Z [Tribute Sounds]

Trapper Of The Year

The Death of Dora Hand

This Has Been My World

Discuss these old money Lyrics with the community: