Diamond in the Rough

The Point of It All

Around the World With a Rubber Duck

All Jacked Up [Bonus Track]

Still Here for the Party: Live from St. Louis

Land of the Lost 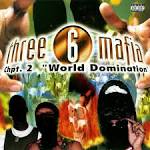 Geek in the Pink [DVD; Live]

Waitin' On the Sky 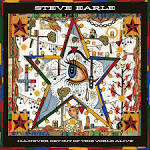 I'll Never Get Out of This World Alive

Lord of the Highway

Lord of the Highway

The song "Hey Jude" by the Beatles was sung by