Read Between the Lines

What Do You Hear in These Sounds

She's Got a New Spell

Woman's Gotta Have It

This Is No Time [Royal Albert Hall Live Version; Version]

The One That Got Away

You Let Your Heart Go Too Fast [Previously Unreleased Track]

She's Got a New Spell(demo)

Life and Life Only

This Is No Time

NBA at 50: A Musical Celebration

Thursday In The Danger Room 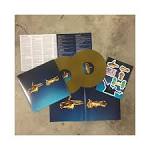 Discuss these mumbling Lyrics with the community: