The Man Who Could Be King

Decade of Chaos: The Best of Dark Angel

The Psychopathology of Everyday Life

One in Six Children Will Flee in Boats

Choirs of the Eye

Son of the Morning

Live in a Dive

A Criminal of Me 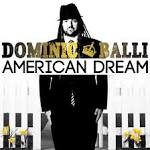 Music for Earthworms: The Instrumentals

In Spirit (The Power of Mana)

King of All Kings

Discuss these monarch Lyrics with the community: