Smells Like Smoke (Live at the Great American Music Hall)

The Disposable Heroes of Hiphoprisy

In Defense of Animals

Calling Out of Context

Calling Out of Context 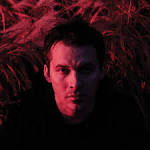 A Song In Response To...

Discuss these context Lyrics with the community: