You Will Be Mine (feat. Matt Heafy)

Me and That Man

Where Can I Surrender

A Man Ain't Made of Stone

Call Me, Beep Me 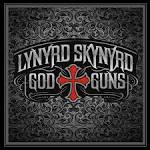 When I Get Free

R U Still Down? (Remember Me) [Clean]

When I Get Free II

R U Still Down? (Remember Me) [Clean]

Where the Love At

The Birth of a Prince

Discuss these cells Lyrics with the community: