It Never Snows in Florida 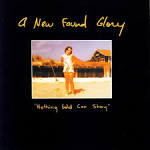 Nothing Gold Can Stay

These Stars Are Monsters

Beginning in an Ending

Disco Before the Breakdown

My Mind Is Connected...

Dog in the Sand

I'm Bout It, Bout It

Dedicated to the Right Wingers

Life of a Kid in the Ghetto

Welcome to the Zoo [Clean]

Welcome to the Zoo

Discuss these Florida Lyrics with the community: