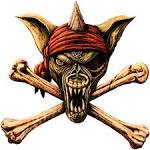 Running Wild is a German heavy metal band, formed in 1976 in Hamburg. They were part of the German metal scene to emerge in the early to mid 1980s. Although the earlier releases contained satanic themes and imagery, Gerald “Preacher” Warnecke, the guitar player of the band, was studying theology at…