Driven Through the Ruins 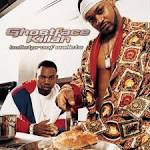 A Tribute to the Cathedral Quartet

Son of the Morning

Discuss these uttermost Lyrics with the community: