Bring Me the Horizon

The Best of You

Luck of the Corpse

The Unauthorized Biography and Interview

Dance Before the Storm [Bonus Track] 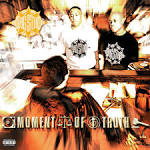 A Child Is Born

Minute of Your Time

Hallowed and the Heathen

The Continuous Evilution of Life's ?'s

Discuss these survival horror Lyrics with the community:

What is the hometown of the Queen group?