Nothing But the Water

Legends from Now and Nevermore

Siege From The Fallen

On The Way To Ainor

Hollywood: A Story of a Dozen Roses

Stay with You Again 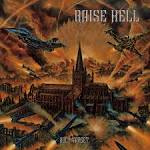 Billy and His Broken Ribs

All for Show (feat. Derek Anderson)

Discuss these stormed Lyrics with the community: