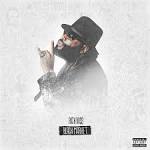 The Boys Choir of Harlem

Discuss these stevens' law Lyrics with the community:

Which of these songs did Taylor Swift NOT sing?