Make Me Believe It (Interlude)

You're a Messy Case

Panic at the Disco

No Love at All

When the Hangover Strikes

Sweets from a Stranger

Flowers After the Fact

You Did Good Kid 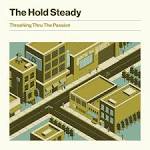 Thrashing thru the Passion

Discuss these sheepish Lyrics with the community: