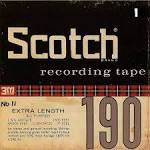 The Kids Who Live Underneath The Stairs (feat. Stylez)

Discuss these reverse split Lyrics with the community:

"Dear Winter, I hope you like your name..." Who wrote these lyrics?