Search results for 'regarding'

I Didn't Know the Gun Was Loaded

The Mark of the Claw

Look At Me Now

Look At Me Now

The New What Next

Look at Me Now

She Works Hard for the Money 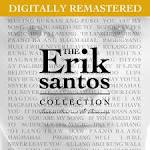 Discuss these regarding Lyrics with the community:

What is the key of Bohemian Rhapsody?