Search results for 'pull round'

I Will Not Be Broken

Git from Round Me

Buy That Man A Beer 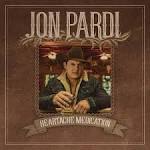 Discuss these pull round Lyrics with the community:

Which band sings the song "Smile" in the "For Ever" album?