Darker With The Day

No More Shall We Part

Darker With the Day

No More Shall We Part

Darker With the Day 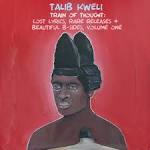 Come and Find Us

Discuss these public exposure Lyrics with the community: