Wrath of the Math 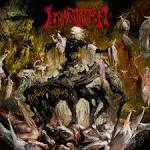 The Circle of Life (Monologue, Outro)

Listen to the Masters

Punch You in the Jeans

Punch You in the Jeans

Discuss these physical universe Lyrics with the community:

Which band sang The Final Countdown?