Adam For Now & Troy No 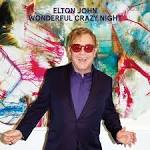 I've Never Had a Job

The Sequence of Prime

20 Minutes (Into the future)

A Dream of Wilderness

Discuss these ontological Lyrics with the community:

What is the name of the theme song to the movie: Same Time Next Year?