What the Hell Happened to Me?

On My Way Out 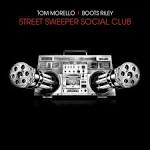 It Takes Time To Build

To the 5 Boroughs [Bonus DVD]

Discuss these military press Lyrics with the community:

Which of the following songs has won the Academy Award for 'Best Original Song'?