Pictured Life: All the Best

The Best of the Scorpions, Vol. 2

Playlist: The Very Best of Fugees 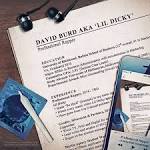 Down with the King

Can I Get Some

Mystics of the God

Discuss these lyrics/shopping for girls lyrics david bowie Lyrics with the community: