Search results for 'lyrics/give me one reason lyrics eric clapton'

Take a Look (At Yourself)

Don't You Believe Her 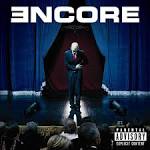 Steve Biko (Stir It up)

Discuss these lyrics/give me one reason lyrics eric clapton Lyrics with the community:

What band has hits like Counting Stars, Apologize, and Good Life?