Search results for 'lyrics/burnin up no rap lyrics jonas brothers'

Get High to This

Doubt Me Now [Surped Up and Screwed]

Deep in the Jungle

It Gets No Rougher

Walking with a Panther 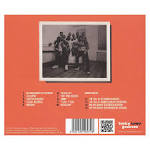 By All Means Necessary [Expanded Edition]

I'll Roll You Up

Live at the Barbeque

Discuss these lyrics/burnin up no rap lyrics jonas brothers Lyrics with the community:

In Luis Fonsi’s international hit song what does ‘Despacito’ mean?