You Need Me, I Don't Need You

Rollin' on the Island

Once upon a Drive By

Verses From the Abstract 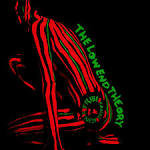 Discuss these lyrics/bibia be ye ye lyrics ed sheeran Lyrics with the community:

What is the name of The Beatles’ first album?